Story of Koschei, part 2: Why solo?

90% of people who hear about my idea to develop a game alone, ask me this question. The other 10% probably wanted to ask it anyway.

Seriously, why would a person develop a game alone, if most of their friends are developers, IT engineers or designers.

That's a good question, and I think that many solo developers have many different answers.

It might have something to do with your personality. For example, I am very competitive but... only to myself. "Last time it took me a month to write a novel - can I make it 3 weeks this time?" and so on, and so forth. Or maybe I am a control freak, and can't give up creative control to anyone except myself? Or maybe I am antisocial, and other people just don't want to work with me anymore?

All of those are compelling reasons, but there is some objective reasoning behind my solo project. So let's talk about that.

First reason: Koschei is an experimental project for me. Of course, I wanted to create an interesting game that allows my non-Russian friends to learn something about Russian folklore. But I also wanted to experience every step of the game development process. To find out how things work, to learn how much time I spend on different tasks, to know what works and what doesn't. Koschei was a tremendous help with that. For my next project, I won't put dates in my calendar "just because" - now I actually know what makes the timeline.

For example, testing and publishing in AppStore takes long time. The lesson is: don't plan to do your testing over the weekend, if you sent your project to TestFlight on Friday. It might get approved only on Sunday evening, which is too late for anyone to test it. For instance, my last round of testing was supposed to take 1 week - and instead it took almost a month.

Then, choose your tools before you start. Corona SDK wasn't my first choice. I got to it at the end of second month, with a working web application on my hands already. I developed web ap with JavaScript, and it kind of worked - until I realised that I can't find an easy way to make Koschei native for mobile devices, I just don't have enough knowledge. I can't say those 2 months were wasted, because when I turned to Lua - I already had full structure of the project ready, so I didn't need to think much about sorting out the chaos. But at the same time, there are easier ways to understand this structure. Ones that don't involve making a hole in the wall with your head.

And, of course - improvements can never be completed, but only stopped.
It doesn't matter how many versions you have, there's always something to improve. My app was released yesterday, and I've found 2 small bugs already. Maybe this is one of the downsides of solo development - if you didn't see a bug, there's no one else to see it before the release. But on the other hand - you can't postpone your release until "Everything is perfect", as it never is.

Second reason to go solo - I wanted to do an indie project. And by indie, I mean independent of everything and everyone. I had my experience working in a big corporation, where everything is connected to everything else. Where to make a small adjustment, or a feature you need a hundred of signatures, approvals and permissions. I still talk to my therapist about that 8)) Being fed up with this process, I wanted to do something that completely belongs to me, and to not wait for anyone. I worked at my own speed, with my own ideas, and it was like a breath of fresh air. Of course, you need to be good at self-discipline - just to work on code, instead of reading a good book 8))

Third reason - Koschei was a research for me. Not just a research of the process (though it was, and my website writing-interactive-stories.com proves this point). It was a research of myself. Of things I find interesting - or boring. Things I like, and loathe. Not everything went smooth and according to plans, but it is still an experience that I went through. On my own. 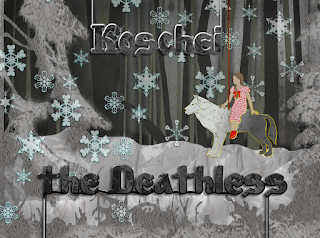 Story of Koschei, part 1: How did I get here

The release date is today, and this is a good reason to remember how did I get here.

I don't really recall when I decided that I need to make a computer game. The first thought got into my head about 10 years ago. I've already left two careers behind me at that time (music and journalism), and was doing some content management work. It always fascinates me how people got into their fields. For example, 15 years ago I was sure that I am going to be a music teacher composing something in my spare time (I still have my first album somewhere in my drawers). Around my third year in the college, I took a course in music critique. Suddenly I could criticise people for money - isn't that great! So I turned to journalism, wrote articles about music and reviewed musical events around the city. But all the money at that time were in a different sphere. There was a boom of fashion magazines, especially for women. So I found myself writing how to choose the right shade of your lipstick.

The next big turn did not take long. I moved to Europe. I didn't know the language, I had no job, and had zero ways to make income. That lasted until I found a company that was looking for a content manager that knows music theory - yes, that happens! That company was building and distributing mobile content - mostly wallpapers, games and ringtones. They had a contractor who was writing ringtones for them, but they needed someone to manage that guy - track top songs on radio, test the results to make sure there aren't any "Jingle bells" instead of "Ο Άγγελος Μου" (did I say that it was a greek company, doing greek songs?) Pretty soon they found out that I can not only do that, but also write the ringtones, too - and they didn't need that contractor at all. By the way, this is "Ο Άγγελος Μου" song:


To not got crazy from all this high-quality music, I started playing games. A lot of them.

Slowly ringtones became a thing of the past, smartphones arrived - and I got a feeling that I'll need a new job pretty soon. Another Greek company was looking for a content-manager, but this time they needed someone with journalism experience. Yep, that was me again! This is how I got into gaming industry, and grew into a chief editor.

Playing games as part of my job, I thought more and more about my own projects. Also around that time my first book was published, followed by eight more, and a game based on my characters. Which got me hooked on this game idea even more. I started experimenting with game engines. The first one for me was Torque Game Engine, but to implement all my ideas I needed 3D models. So I learnt some 3D modelling. The results were ugly, but at least I could animate them. It was around that time that they made UDK free, so I moved to it. That lasted until I got my hands on iPad...

Ok, that's not completely truth. My decision to move to mobile development was highly affected by my computer's inability to manage models with more than 1500 polygons. Mobile games back then were not of an astonishing visual quality, and it was about half a year before Infinity Blade changed the landscape. So I moved to Unity.

Couple of years passed by. I created several levels and characters, and you could actually play my game - run around looting stuff, but it came with a cost. This cost was an unending battle with my zero knowledge of programming and Javascript that Unity loves. That realisation coincided with me moving to Australia. At that time I was studying Creative Writing, but it became apparent that there's no way I can continue my studies from Australia. So I changed the continent, and I changed my uni and my field. In Australia I went to RMIT to study Computer Science. At the same time, my work as a project manager asked for more and more programming knowledge, and I wanted to write better product requirements, too.

I learnt a bit of Java, Perl, Python, C, HTML, Php and Javascript again, though still not enough for my projects. At some point, when my pre-baked textures for the environment weren't displaying properly, I freaked out, closed Unity, and promised myself that I will never go back to it.

But this itching stayed in me. "Ok, 3D doesn't work for me. Maybe I should try 2D instead," - I thought to myself, and started to play with GameSalad, then stumbled across Corona SDK. Lua worked out much better for me, but 2D projects wanted something else. They wanted 2D graphic...

The sad truth is - I can not draw. There's something wrong in my DNA. I took courses and private lessons, I've been to schools and workshops - nothing worked. Apparently I can write text and music and even code in Lua, but drawing is not happening for me. "Is there a way to create a game without graphics?" - Device 6 said yes. This project was so interesting, exciting and nothing like others! So yeah, maybe there was a way...

Interactive fiction it is! No, that's not how "Koschei" started. Just wait for it.

There's another problem with me. There's a motivational phrase "Dream big, dream often". I've never needed that. Because I always dream big. So big, that if it is a game - it should be nothing short of TES, if it is a story, it should be at least "The song of Ice and Fire", with pretty much the same number of characters.
So my first plan was an Interactive Story with several POV, 10 huge chapters, and about 30 pathways through the story in every chapter.

Because of that, in the beginning of 2015 I finished only 2 chapters in English, and 4 in Russian (of course, if should have two languages, dream big and blah-blah). And I was tired already. So I double downed, and started looking for material that can make for a short, simple story - just to see how it all works out.
In August 2015 I created a new Google doc folder called "Koschei the Deathless".

9 months later (instead of initially planned 6 months), the game is ready. More about this long delay in the next chapter 8) 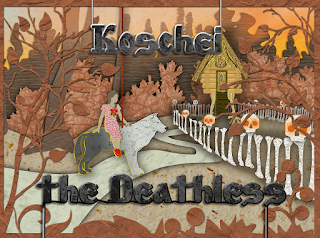 Koschei The Deathless website is up an running. iPad version release date is May 30th
Link: KoscheiGame
Posted by Inga at 16:42 No comments:

Email ThisBlogThis!Share to TwitterShare to FacebookShare to Pinterest
Labels: Koschei

"Your app has been approved for distribution through Apple’s TestFlight Program."

Today my first game was approved for TestFlight. It is the last step before an actual release. So exciting!
Posted by Inga at 15:05 No comments: