63 day of development and mushrooms

For two weeks I didn’t do anything for my game because of Uni! Assignment! Deadlines! Work! And life in general. But this week I returned to development, and as always after a break — decided to change stuff. 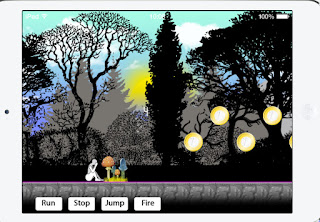 One of the main changes concerns dialogues. The more I tested my game, the clearer it became that simple static dialogue, even if there’s some animation in the background, doesn’t work for me. Overall my EndlessRun is, of course, about running. Unending movement forward, like an engine, pushing and pushing towards the end of the story. Static dialogues just stop that. So what are my options?


I sketched some ideas about how to this problem and next week I’ll try to work on that.
The second thing I worked on last week is the level parsing — loading and displaying level map. I am not even half way there — even though it works for now, in a simulated environment, I didn’t test how heavy this process is, and that’s the task for another time. 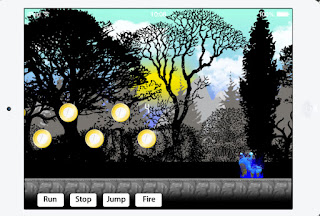 Still test imagery, but this blue guy is super cute!

At this point, the flow is like this.
Gameplay loads related act data. From that data, we find related level maps (CSV) and images. Then we load and parse all the files.
Full data loading flow is like this: 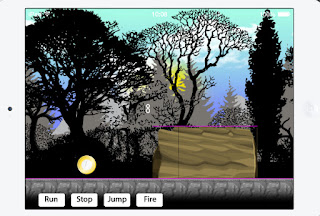 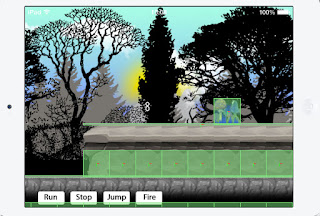 Now my character can run into mushrooms and it makes her sad so she falls and cries. Also the elemental power of the mushroom is randomised, so sometimes it has air effect or fire effect and so on.

The next step is to familiarise myself with magical corona’s “isBullet” feature and try to implement obstacles destruction.
And a video proof: