From the beginning, I knew that I don't want to put any money into this project. I was going to spend time and effort on it, as much as I can; but not money. This way if the project failed - at the very least, I won't be sorry about losing financially (being sorry about losing my confidence and self-respect would be enough). 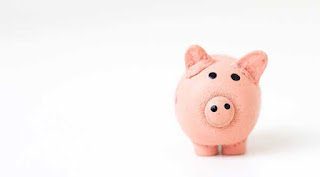 Overall, I think I managed to do just that - I did't loose almost any significant money in this game. But let's talk about "almost" a bit more. What does it mean in this case? What is considered to be a money investment, and what isn't?

Man-hours - of course, I spent thousands of man-hours on this project. But because they were my personal man-hours, I can spend as much as I like. And if I decide that my man-hour costs $0, then I didn't loose any money on that. If I decided to estimate 1 man-hour for about $50, than I have quite a sad picture. With $50 per hour, to repay for 8 months of work with no life - my app has to get into editor's pick on AppStore, which is unlikely to happen. So let's say that I am not going to up-price my man-hours, for my own sake 8))

Education - having thrown away man-hours, I want to throw away something else. And that is the money I spent to get all the knowledge I needed for this project. Koschei obviously is not going to earn me enough to pay for 24 courses, each one at least $1000. This education will serve me in other projects, so I might return to this process in 10 years to see if it was really worth it.

Spent in advance - most of the software I used can be put into this category. I didn't buy any software specifically for Koschei. I had Poser and Photoshop beforehand, and used it a lot for many other projects. It would be unfair to make Koschei pay for all of that. Also for everything I used there is a free alternative - Adobe Photoshop Express and GIMP would be enough for all the work done on graphics. Daz studio could be used instead of Poser for references. Sublime Text editor in its free version is as good as in its paid version, and can be replaced with Atom these days. Also you can get Corona SDK for free.

Shared expenses - there were some expenses that couldn't be attributed to Koschei only. I bought Apple Dev account for Koschei, but if I manage to finish another project this year, it won't be only Koschei's expense. I bought a bunch of domains and put them on Amazon S3, so generally speaking, Koschei may attribute to maybe $10 of those expenses. DropBearLabs Logo costed me $300, but it is used for a number of projects and not just by me, so again - Koschei is not responsible for that.

Relatively free resources - I use the word "relatively", because all of these resources have a paid counterpart, so if I wanted to, I could go and spend some money on them. I didn't, though 8) I must give my big thanks to all of them (and this thanks can be found in the game itself).

For some references, where Poser wasn't enough, I used Pixabay.com library. None of their images are used in my game directly, but they were very helpful in drawing animals and some props.

And my favourite site is CGtextures.com (aka textures.com) Without this site there wouldn't be a Koschei. They have a limit for a daily download, but in 8 months of development I've never exceeded it.

The sound library Freesound.org has enough samples under Creative Commons 0 licence. Big thanks to people doing this, you are the best!

There's a miracle that Musopen.org exists. Altruist musicians put their work under Creative Commons for anyone to use. I found "Pictures at an Exhibition" on that website, and used it for my game. Without it, I would have to play this suite on my own - and that would extend the development by at least a month.

There are some awesome fonts at Dafont.com, and again - some of them are under Creative Commons 0.

As you can see, I didn't pay for music, sounds or textures because some nice people decided that their man-hours are something that shoudn't be paid for. So I am also not counting mine 8))

Promotion - I am just acquiring these expenses now. Sadly, there is no way around it, and one have to put some money in here. I won't know exactly how much it is, until I released all the versions of my game (iPhone and Android versions are still in development). So I'll finish this block later. Hopefully I won't be completely broke at that point 8)
Posted by Inga at 01:40